IMPACT OF CLIMATE CHANGE ON ELECTRICITY CONSUMPTION IN WEST AFRICA. (A CASE STUDY OF CÔTE D’IVOIRE) 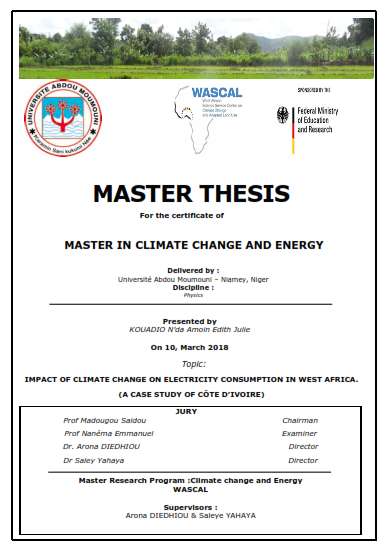 Projection of future electricity consumption from 2013 to 2045 with MAED model shows an increase of consumption in each scenario, which goes up to 8% of the growth rate during the period from 2013-2045.