The second batch training at Kumasi (2016)

The second batch is still at Kwame Nkrumah university of science and technology for the English languages and some common courses with the other programs for three months. They have already spent more than one month and they will be in their center at UAM in June to for the program. 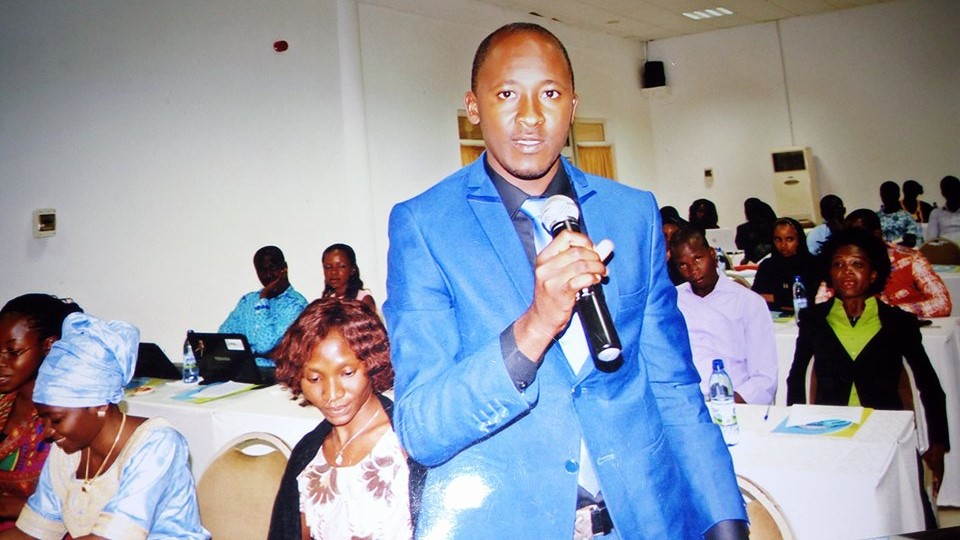 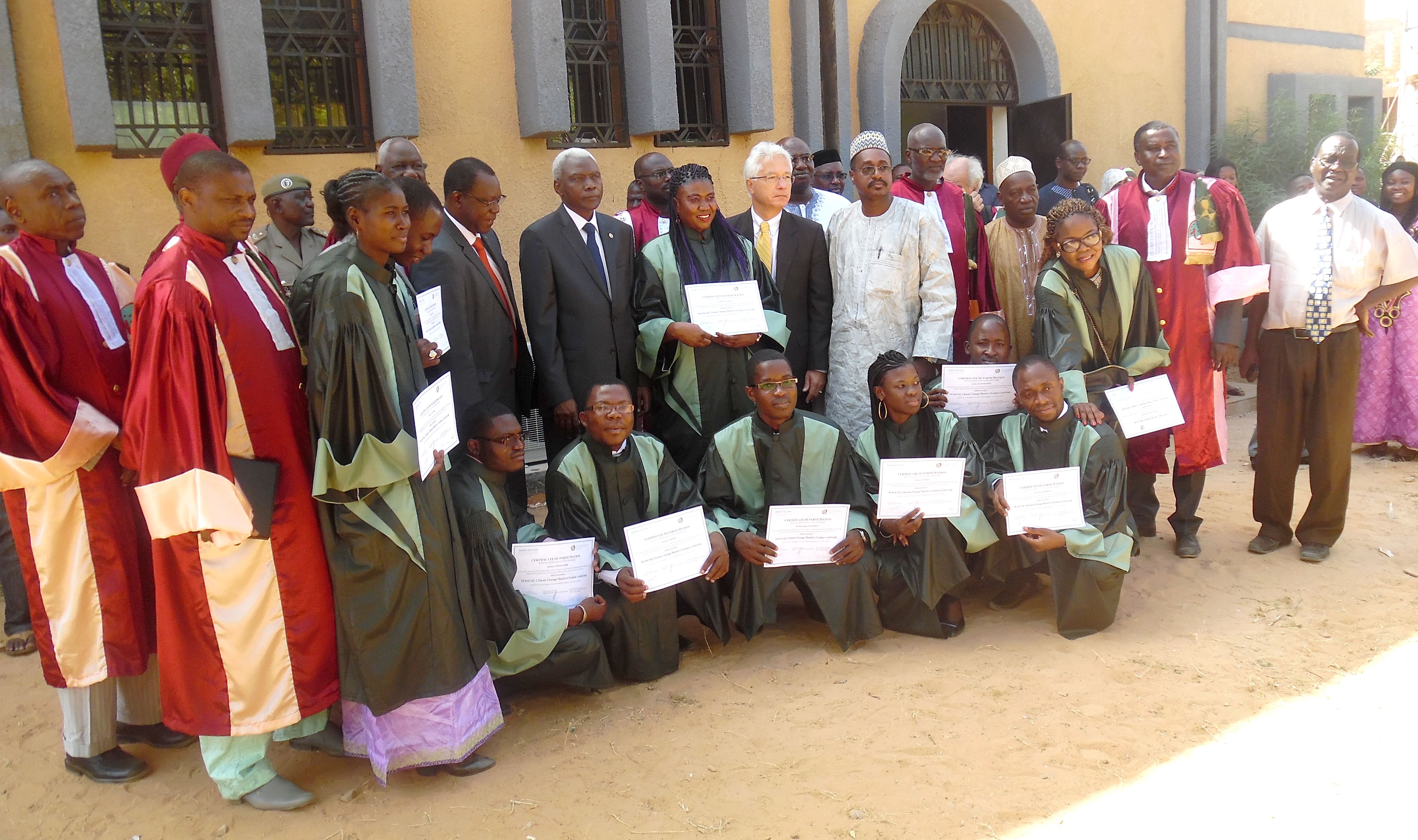 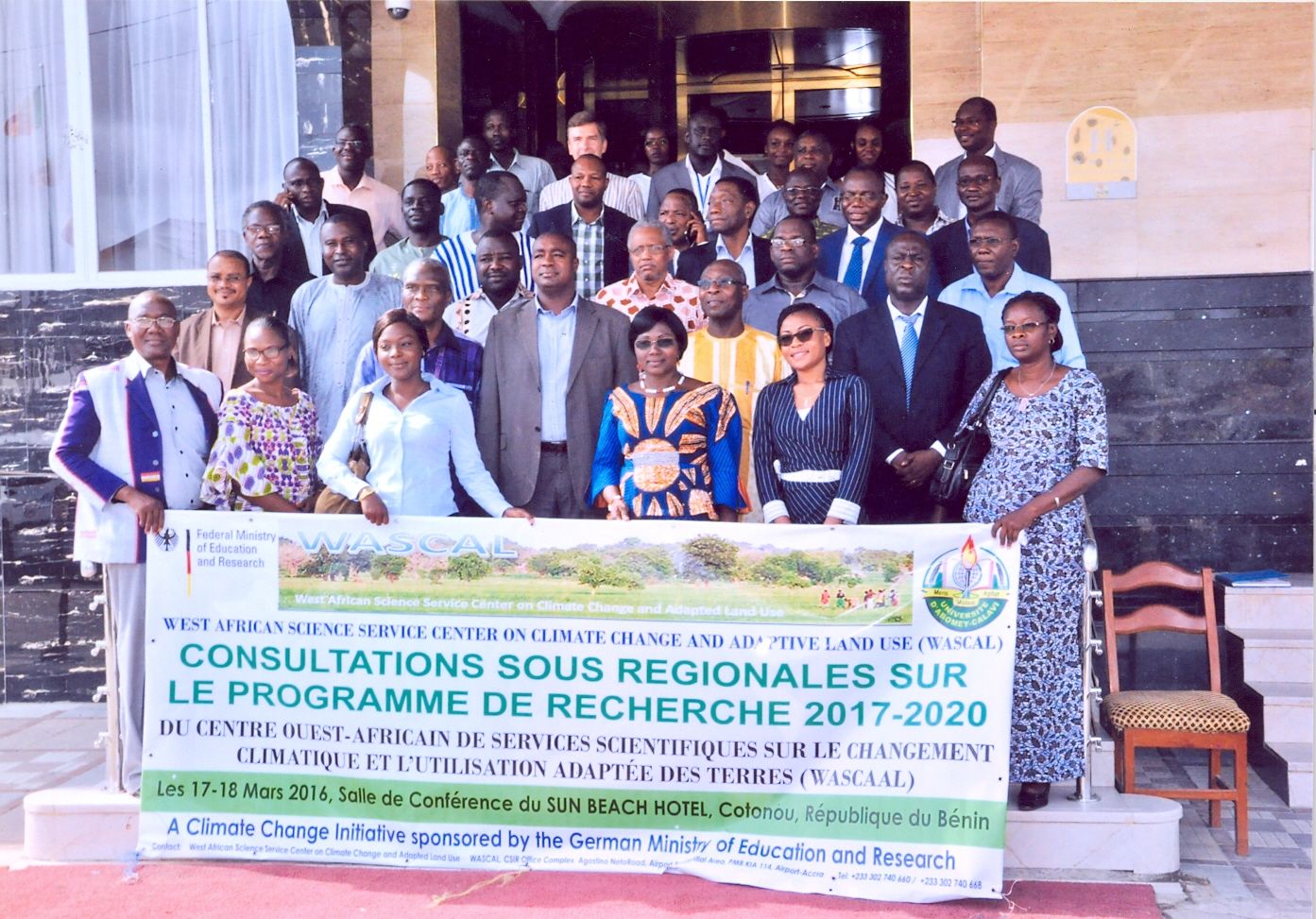 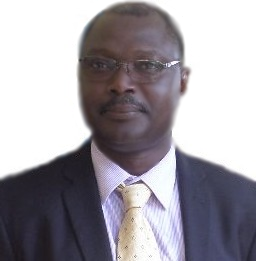 10th November, 2015 was the graduation ceremony day of first batch of WASCAL students of Masters Research Program in Climate Change and Energy at Abdou Moumouni University of Niamey. In the presence of WASCAL authorities, Niger Minister of the Environment, Ambassador of Germany and his counterpart from Mali and the Academic Authorities of the Abdou Moumouni University of Niamey and other guests  took part at the graduation ceremony. During The graduation ceremony, the Late director of the MRP CCE Professor Alassane ABDOULAYE has been honored by attributing his name to the first promotion the promotion .

on 17th and 18th March 2016 in Cotonou, the economic town of Benin, was held he sub regionale consultations on research agenda 2017-2020 of WASCAL

On 29th December 2015, WASCAL MRP CCE has organised a national consultation on research agenda named WRA 2020 (WASCAL Reseach Agenda) including all the actors in charge of climate change at national level. The opening ceremony was lead by the vice chancellor of Abdou Moumouni University of Niamey.

Visited the station of ICRISAT at SADORE

In the framework of the course "Instrumentation and data processing " given by the MRP CCE of UAM, Pr. Lazreg BENAICHATA, the second deputy vice chancellor in charge of external relationship, cooperation, animation, communication, and scientifacal manifestation of the university IBN khaldoun and the ten WASCAL MRP CCE students visited the station of ICRISAT at sadore to see the meteorological instruments. In that perspective, students and their accompanists were heartily welcome by the staff of the station. A short meeting of presentation and bilateral exchange was held in the meeting room of Icrisat sadore followed by a guided visit of different field.

Mr. Sangare Gaston, the responsible of the field was in charge to take students through different installed instruments and the role they play in climate change.

Surprisingly, the students on field of visit met one of their follow, senior GRP student in climate change and agriculture, Mali   Mr Zakari HASSAN doing his fieldwork for his PhD project. Through this reunion, the emotion was very strong. Though he is very busy by his PhD project, Mr Zakari has been able to find a little time to explain to the MRP CCE students the fecundation varieties of production on which his research is based.

Mr sangare had had the time of presenting to the students the village women cooperative of sadore under the supervision of ICRISAT.

At the end of their visit a family picture was taken 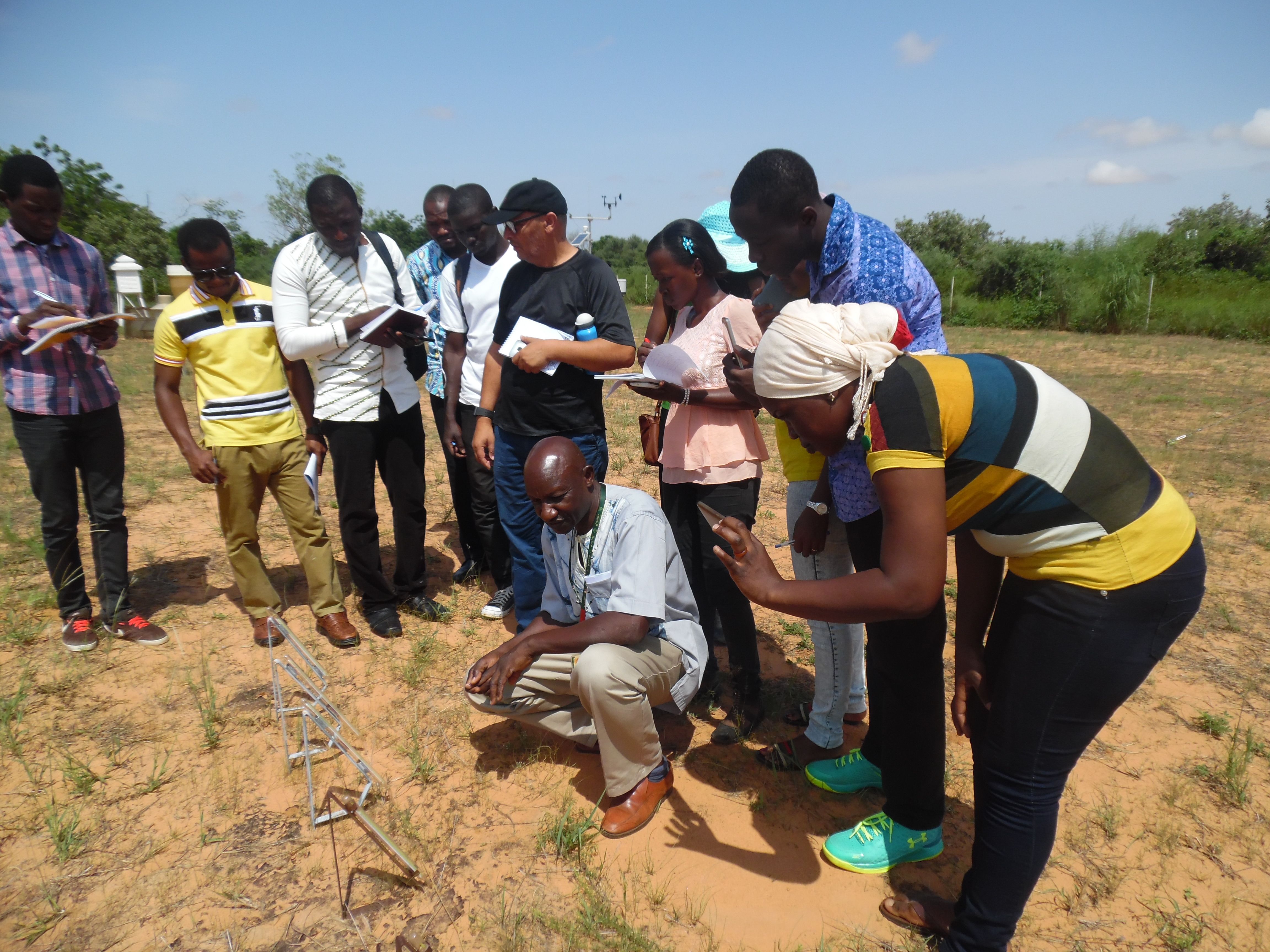 On Thuesday, 27th February 2017, activities were opened for a workshop organized in Niamey by MRP CCE, ZEF-WASCAL-PAUWES under the patronage of the Rector of the University Abdou Moumouni of Niamey. Twenty students from sixteen African countries were presents.

After the speech of Dr ADAMOU Rabani, Director of MRP CCE and the introduction of participants ; the Dean of the Faculty of Science and Technology Prof. BAKASSO Yacouba wished them a warm welcome to the University Abdou Moumouni of Niamey and encouraged them to actively participate in the workshop. Also, the Director for Capacity Building of WASCAL Prof Janet ADELEGAN, via a recorded video from Accra, welcomed the students followed

Finally, for the opening of activities the vice Rector Prof BOURAIMA Amadou welcomed students to Niger and declared open the workshop for commencement of activities. The opening ceremony ended by a group photo.

by another welcoming message by Dr OUATARA Mamoudou. 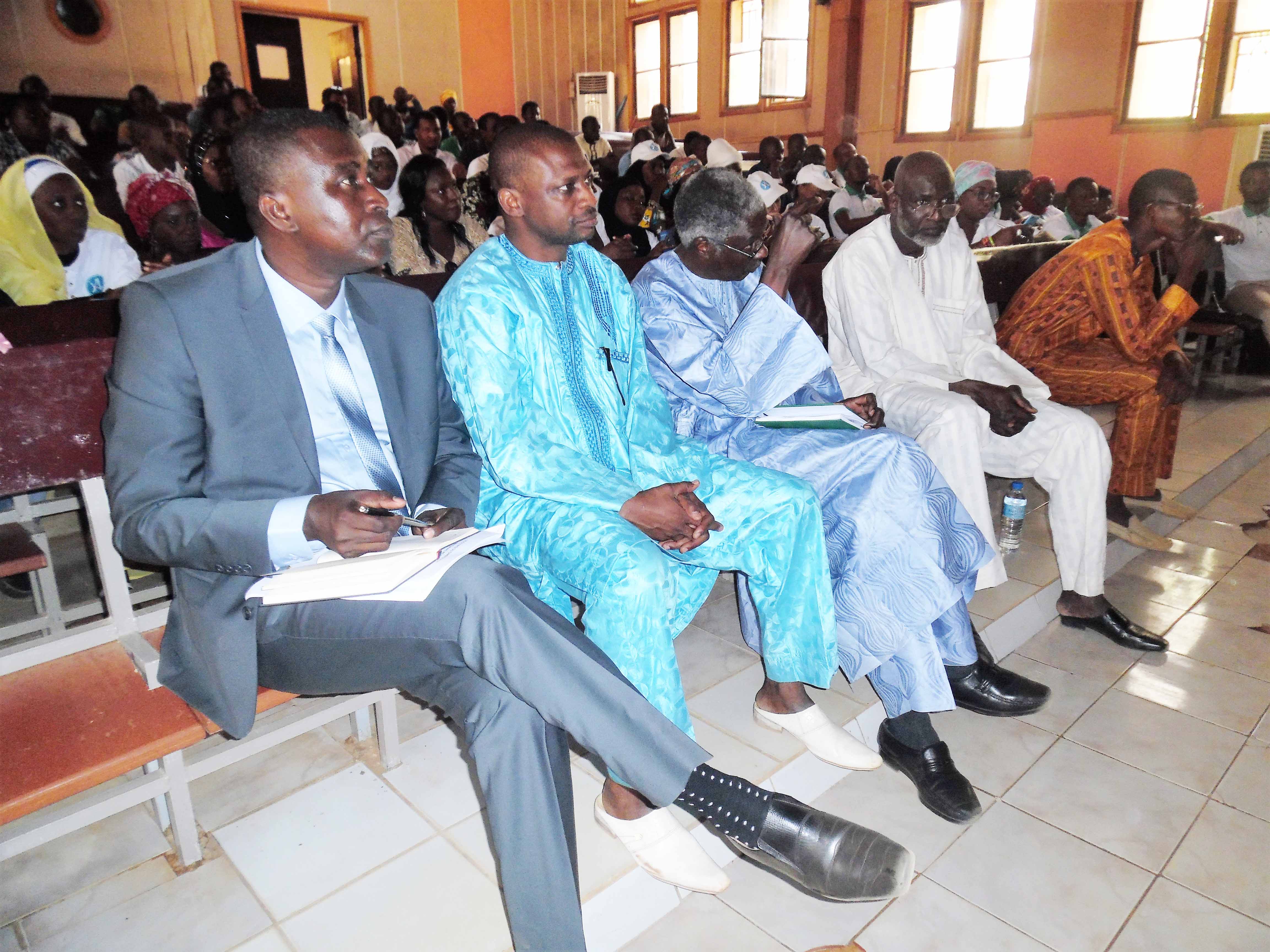 During the workshop students visited sites in and out of Niamey. There had also been a group work on Research Methodology.

The workshop ended on Friday 10th March 2017 and for the activities of the closing ceremony, the newly built WASCAL MRP CCE building was inaugrated under the patronage of the Rector of University Abdou Moumouni and in the presence of the representative of the ambassador of Germany, Deans and Directors of Faculties and Schools of University Abdou Moumouni of Niamey, parents and friends of the late farmer Director of MRP CCE, may his soul rests in peace. For his memory the building will be called « Complexe Scientifique Prof. ABDOULAYE Alassane ». The ceremony was full of emotions.

On the evening of Saturday 11th March 2017, participants received from the University authorities, their certificate of participation. This was shortly followed by a friendship reception. 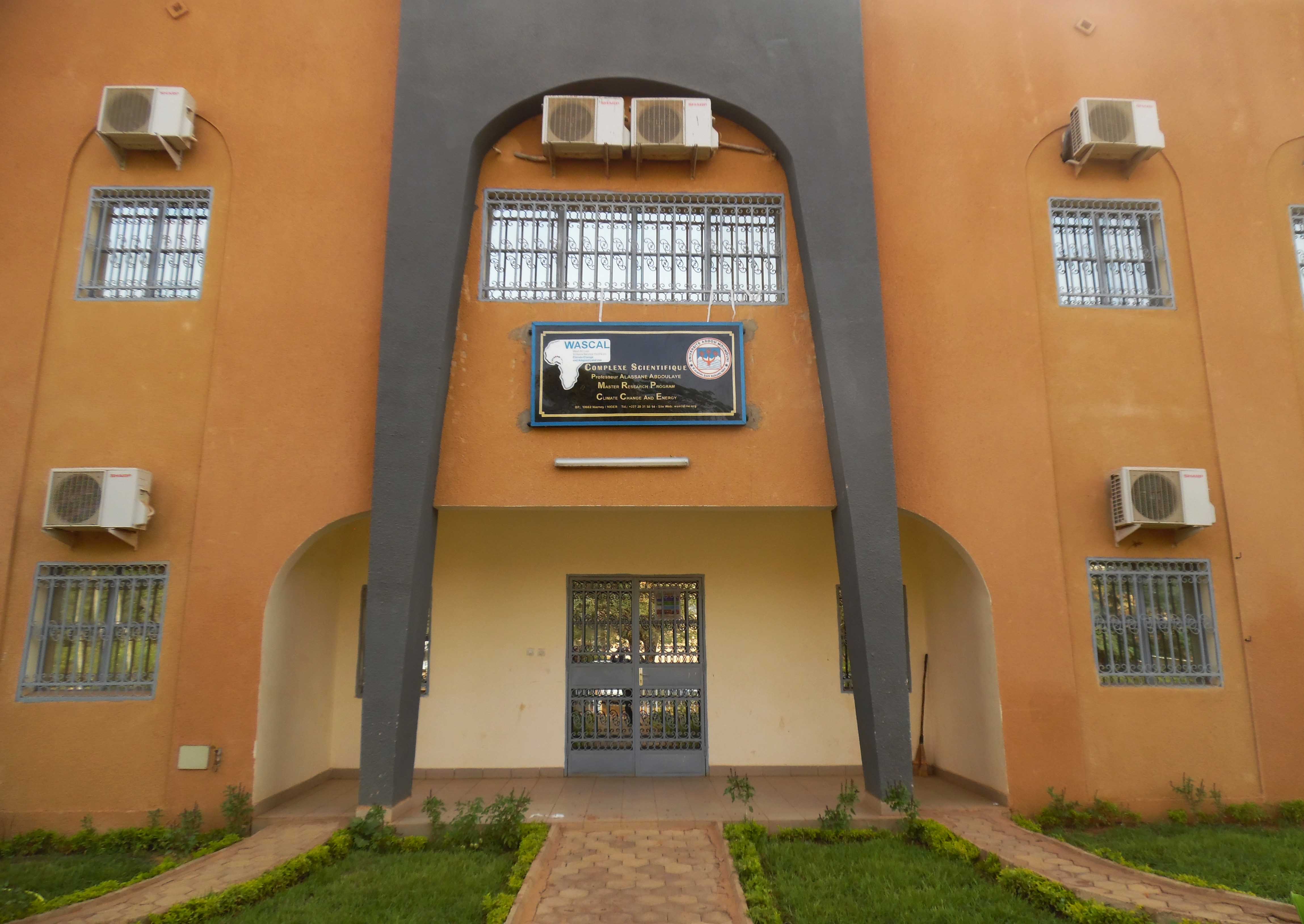 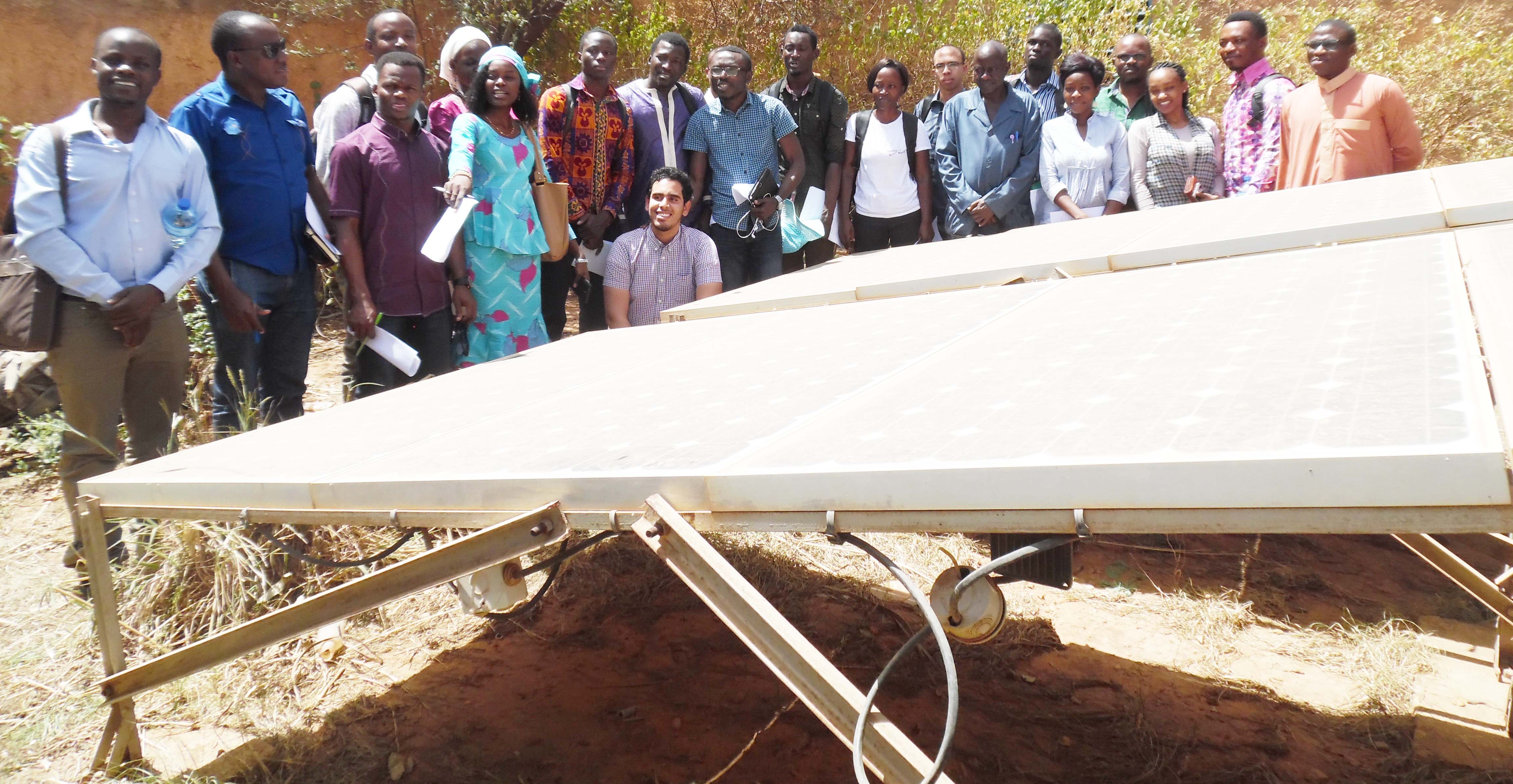 In the late of the month of May, precisely from the 22-23th 2017, the Master Research Program(MRP) on Climate Change and Energy(CCE) has been gratified by hosting the second edition of the advisory board in his building. First, this was the occasion for the Director of the CCE , Prof. Rabani ADAMOU to present to his host the new building which shelter the activities of the program and some of the successful project made by the program. Mainly, the laboratory room of the building power by a solar PV system and a solar water pumping system. Indeed, the members of this committee came from different countries of Africa and from Germany. Namely:

Afterward, followed up the evaluation and validation of the three (03) semesters of courses done by this MRP-CCE batch. Finally, the students have presented to these eminent professors and to the public composed of master students of the Department of Chemistry and other professors of Abdou Moumouni University, their master thesis research proposals. 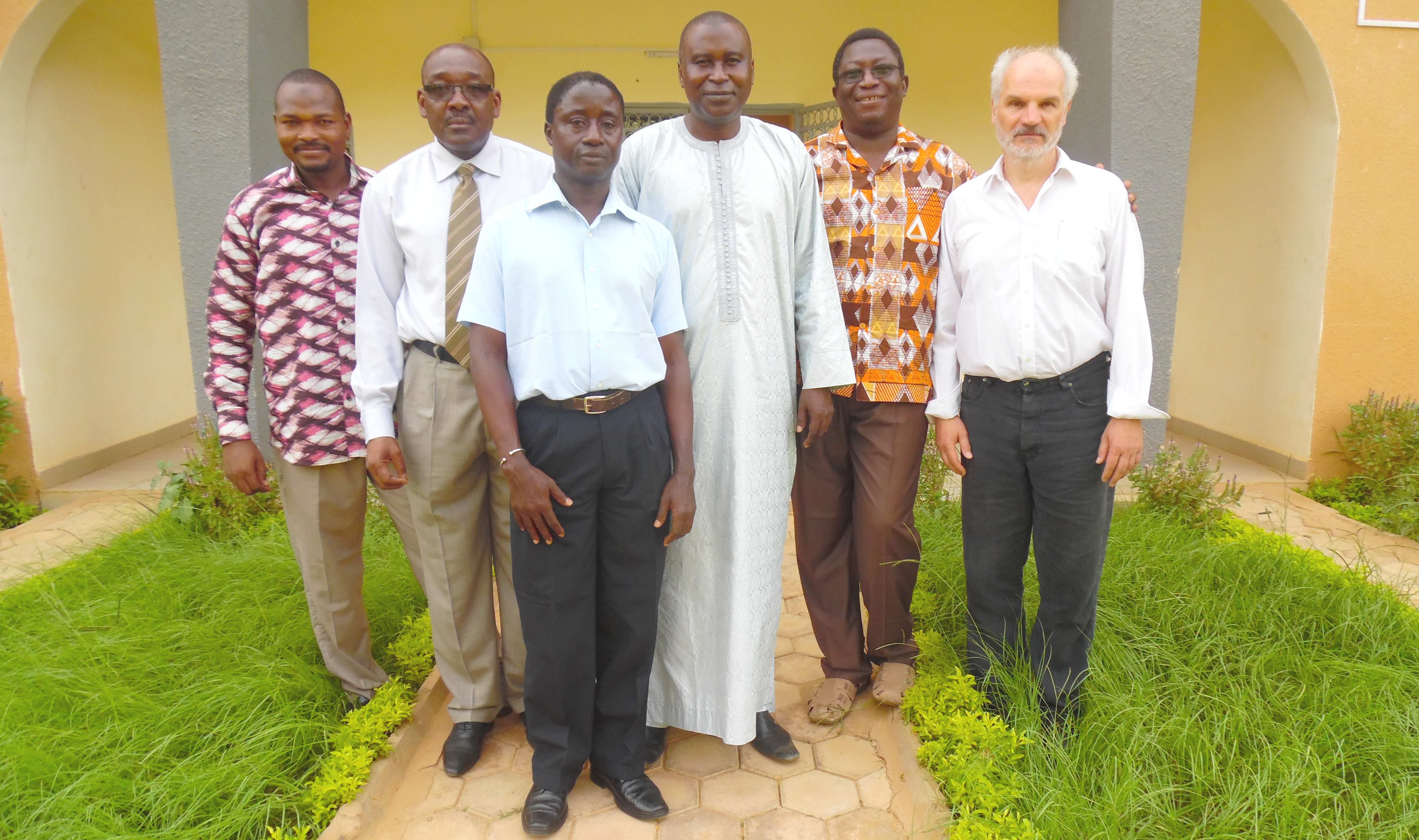 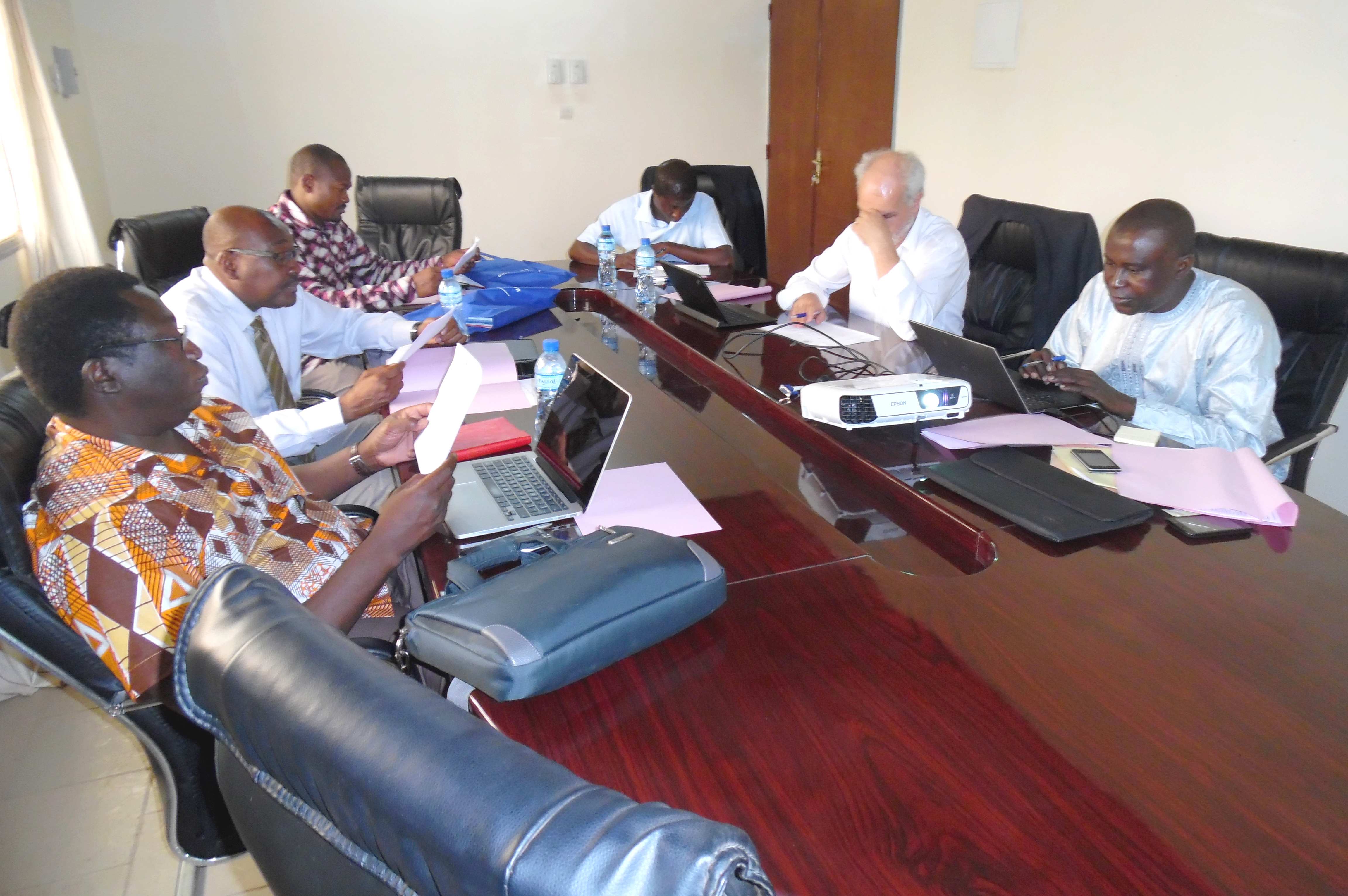 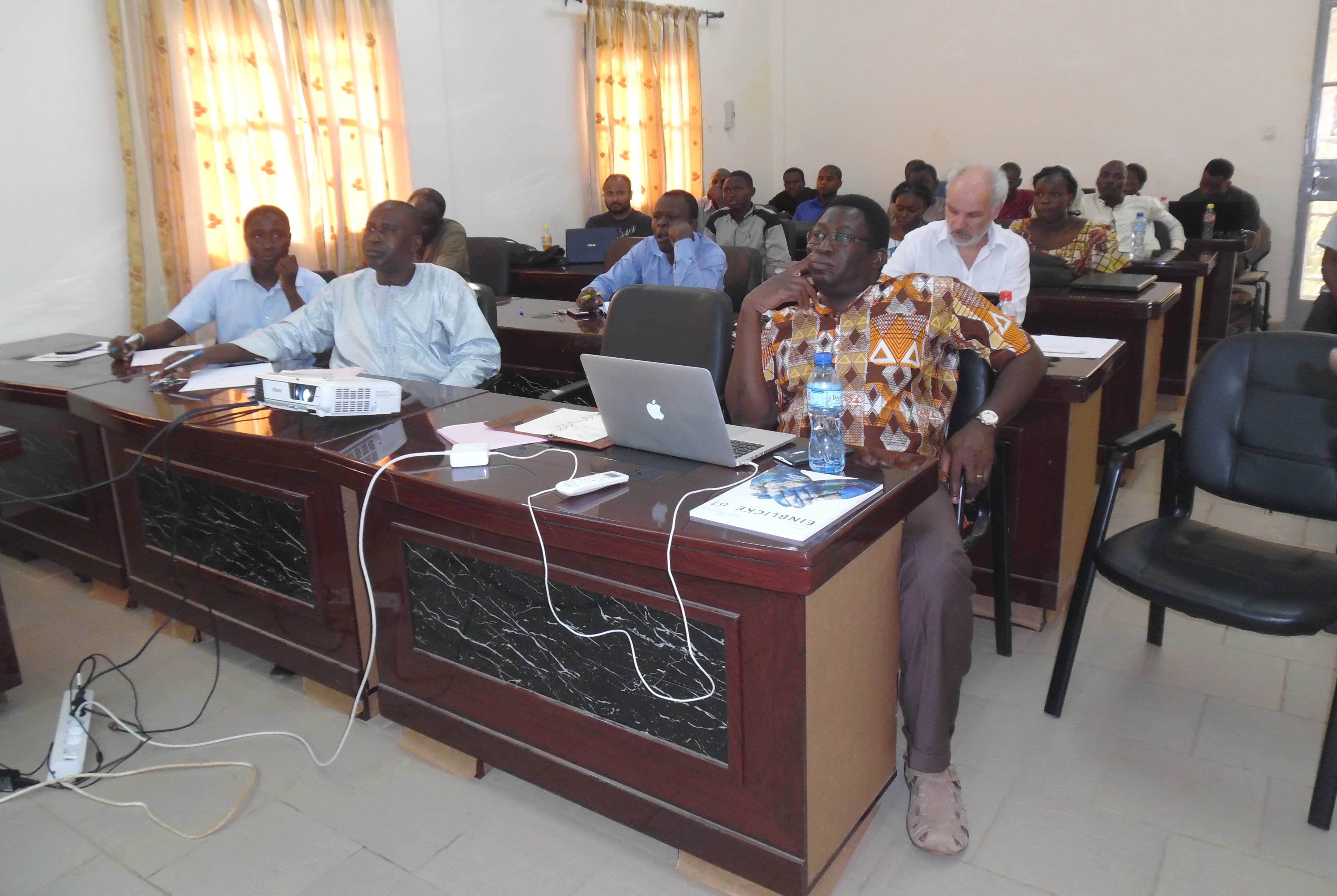 At a general request of the master students of the MRP-CCE to the American Embassy of Niger, on their interest to know more about the possibilities that offer the Fulbright program to foreign students and researchers.

It’s within this framework that a meeting was organized on Thursday, the 4th of May from 3:15-4: 15pm in one of the WASCAL building classroom with M. Soumana Cissé from the United States Embassy of Niger in charge of the Fulbright program. Mr. Cisse explained in detail the programs, the application process, suggestions for writing a good application, and answered to the student’s questions. Furthermore, it was the occasion for WASCAL students to also exchange with some alumni of this program who were presented at this meeting particularly the director of the MRP-CCE. 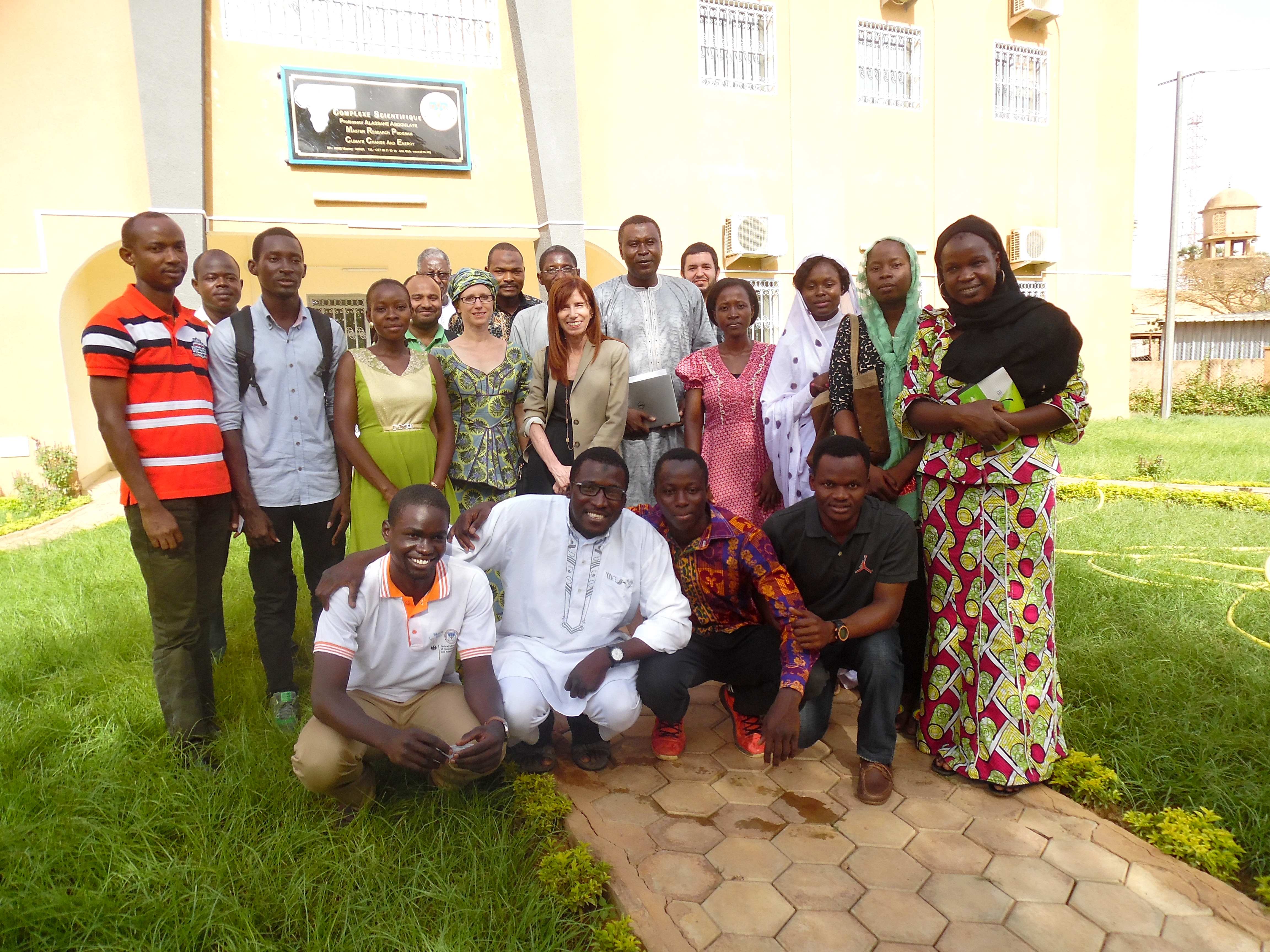 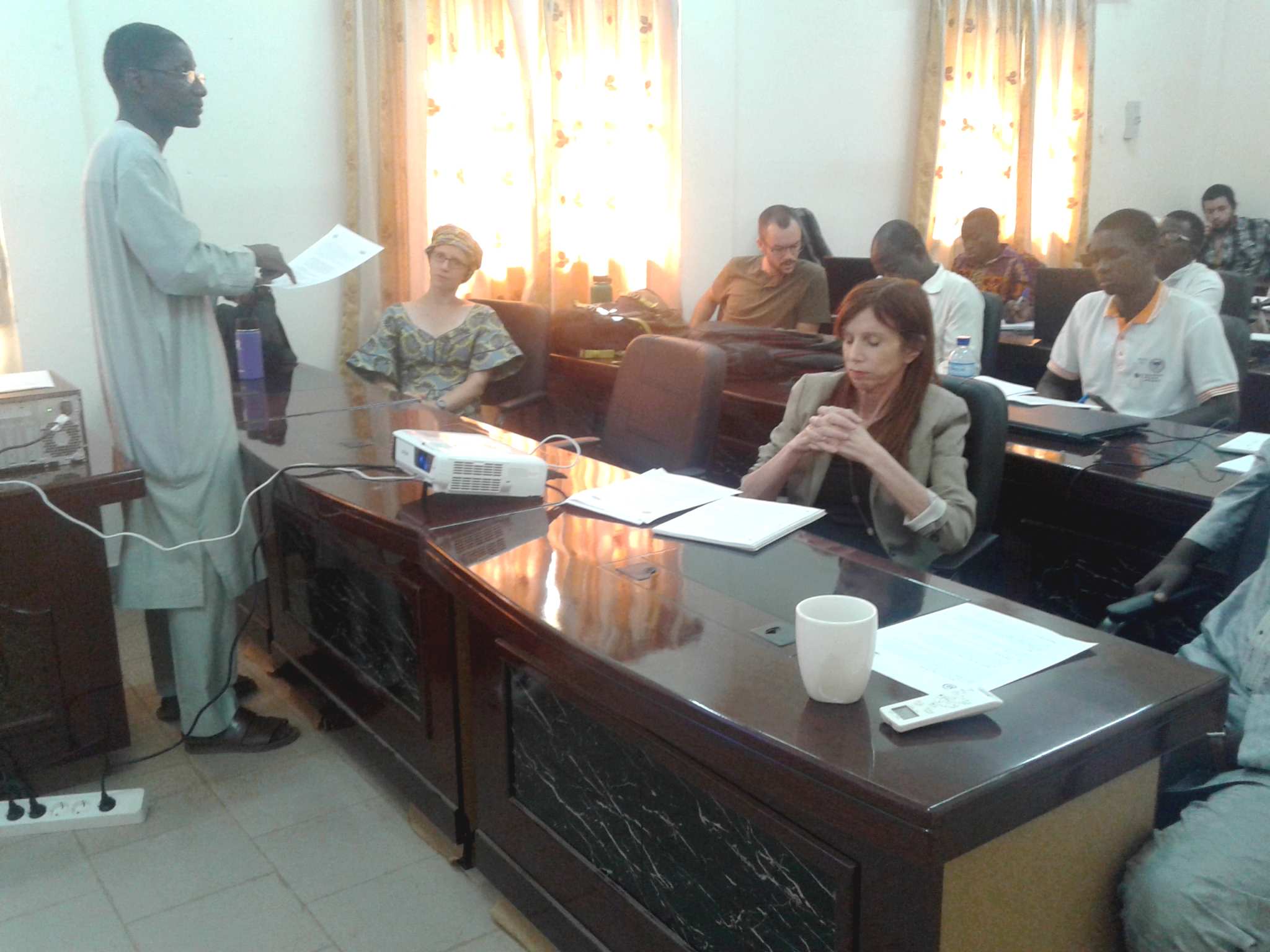 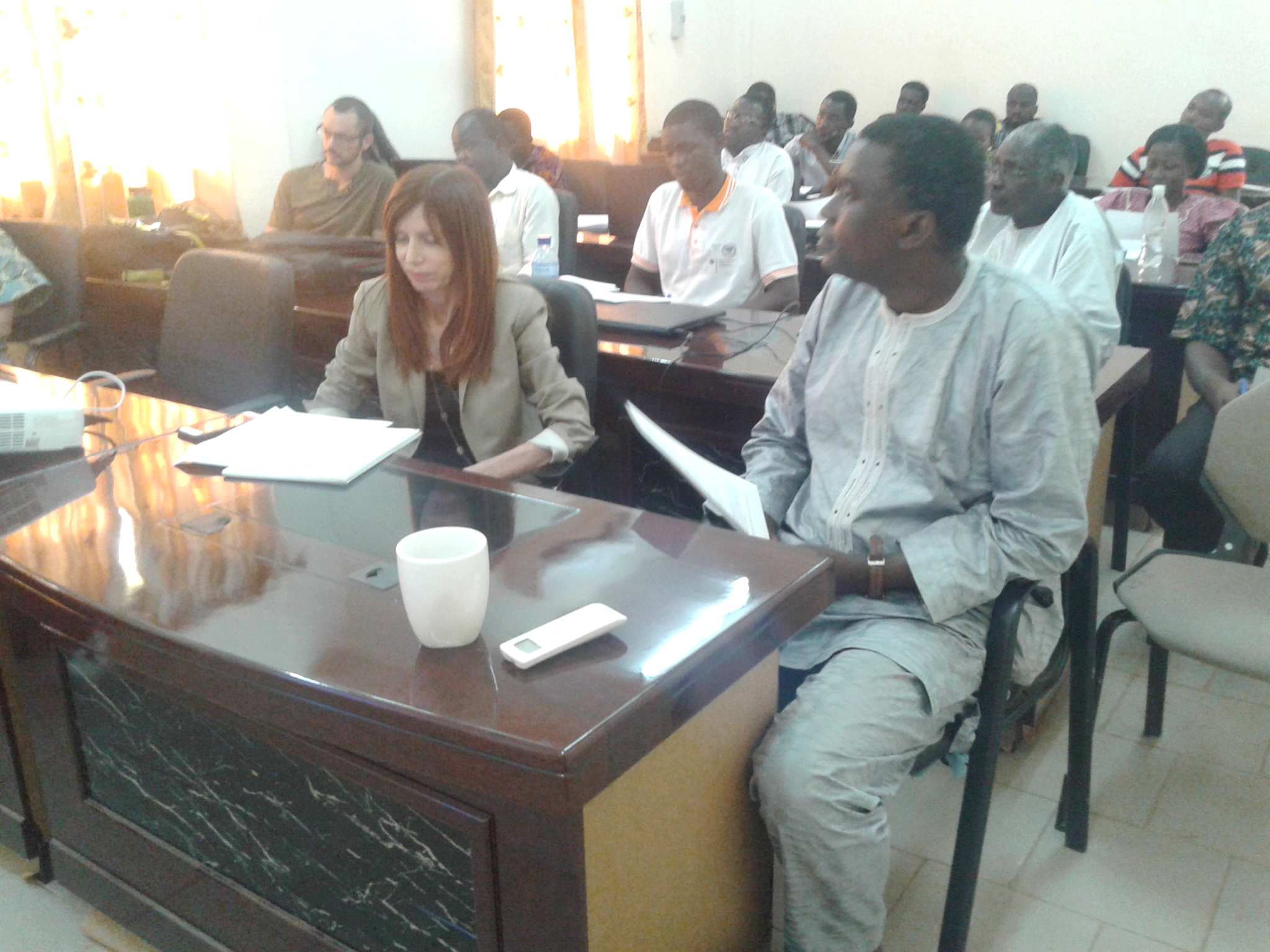 The Council of the University Abdou Moumouni of Niamey has decided during its January 2016 Session to name the WASCAL MRP building under construction after Prof Abdoulaye Alassane, the first MRP CC& Energy Director, who passed away during the 2015 Mecca pilgrimage. The holding of the PAUWES / WASCAL workshop was considered as a good occasion to perform both the inauguration of the building and naming ceremony.

The ceremony was held on Friday 10 March. It was presided by the Rector of the University Abdou Moumouni of Niamey, Prof Abarchi Habibou and the Charge d’Affaires of the Embassy of Federal Republic of Germany, Mr. Nils Wortmann (the Ambassador was away from the country).

Inauguration and naming of the WASCAL MRP/CCE building 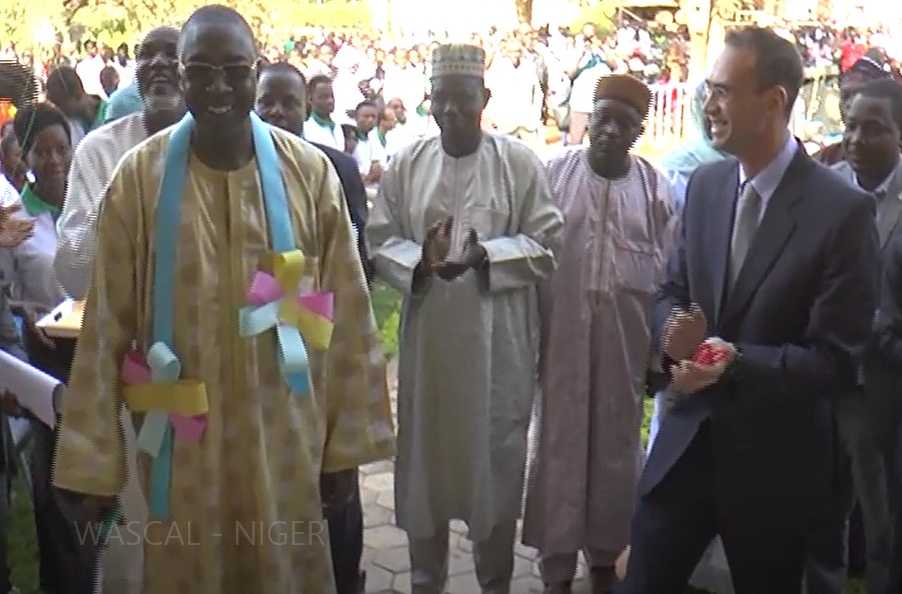 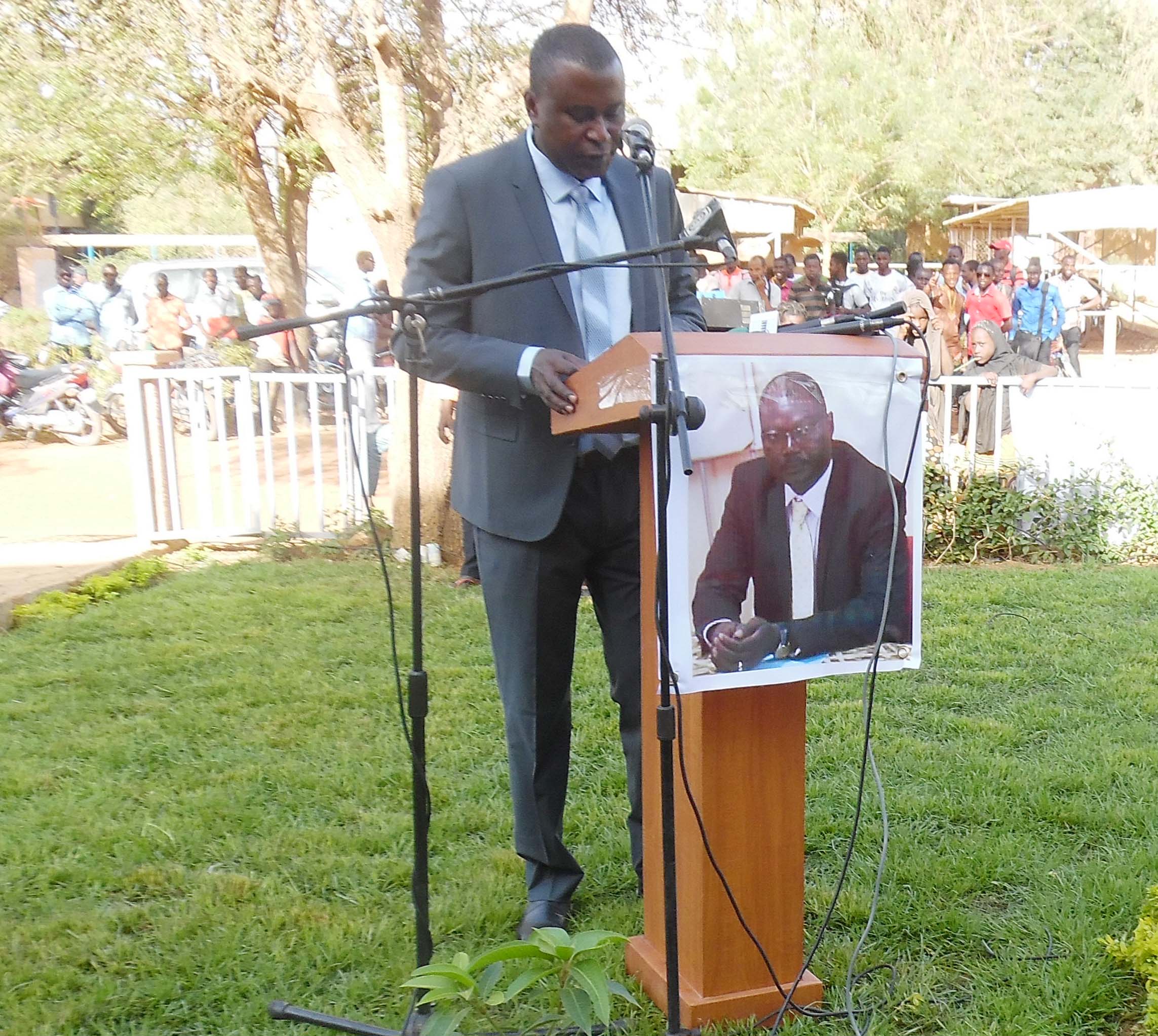 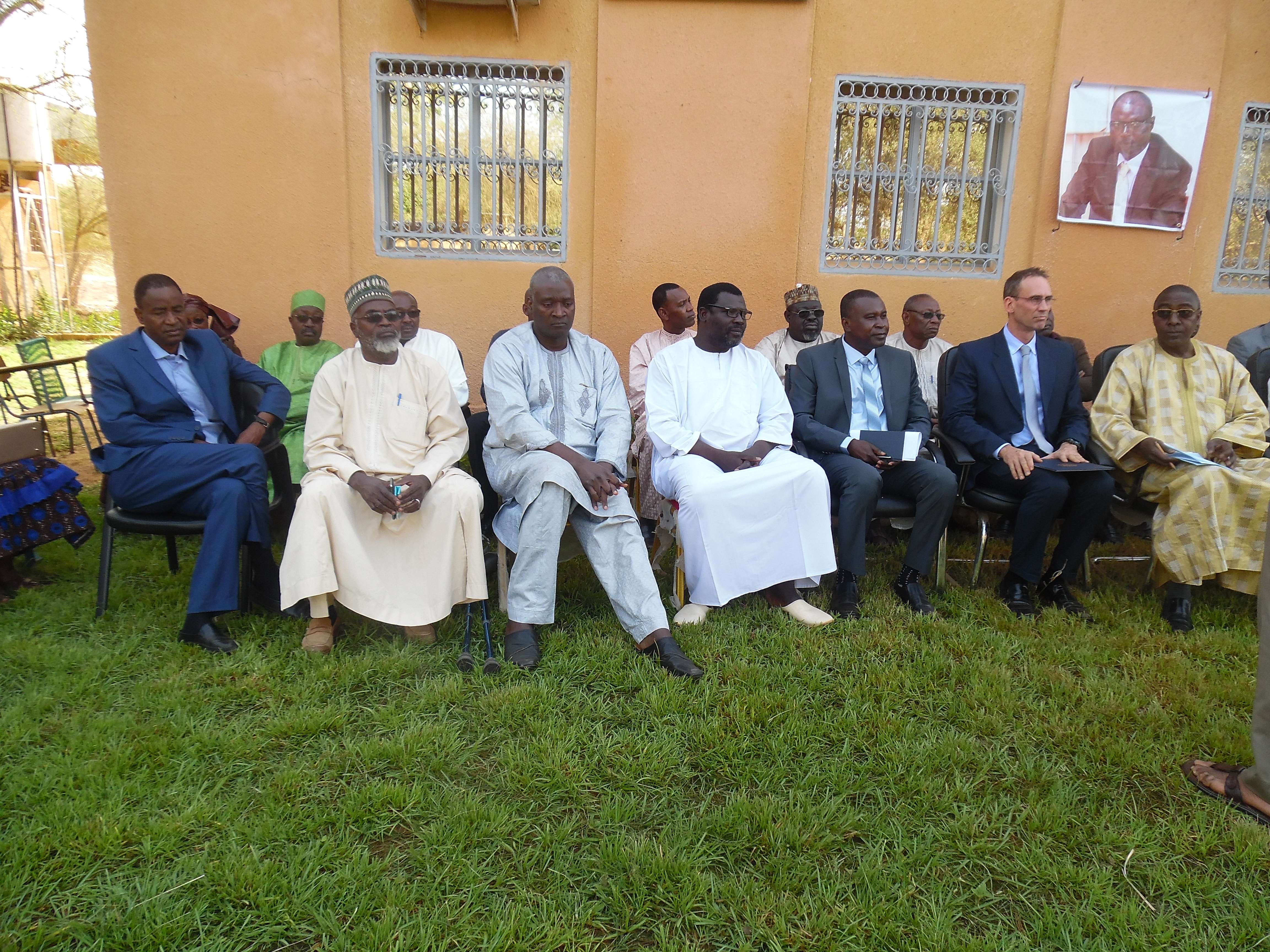 Parallel to my master thesis field research, the history of my first visit in Africa (Niger).

I came to Niger in order to do the research for my master thesis, to gather the data needed to be able to develop a decentralized renewable energy system design for a village with no electrification to supply the basic electrical needs. To do this, both a research of the electrical situation of the city of Niamey as well as surveys and village field work were performed to have comparison points between different realities of the spectrum.

I was received In Niger with smiles and friendliness by the people, and a slap to the face by the weather!

From Köln (Germany) to Niamey (Niger) 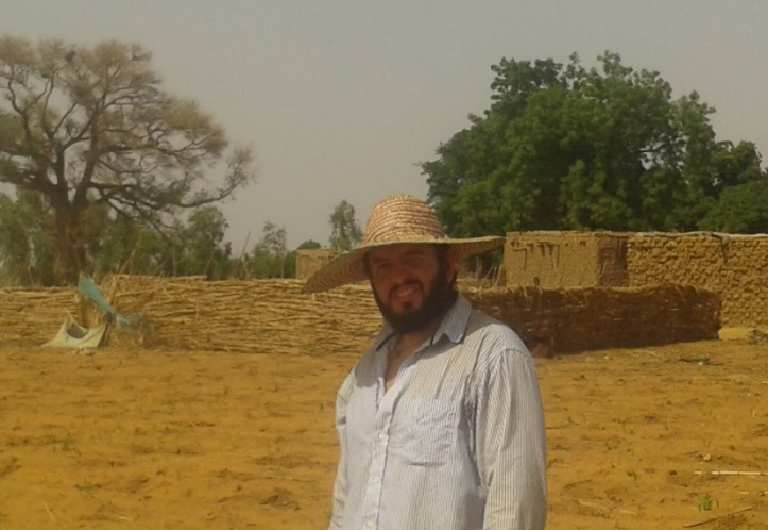