From Köln (Germany) to Niamey (Niger) 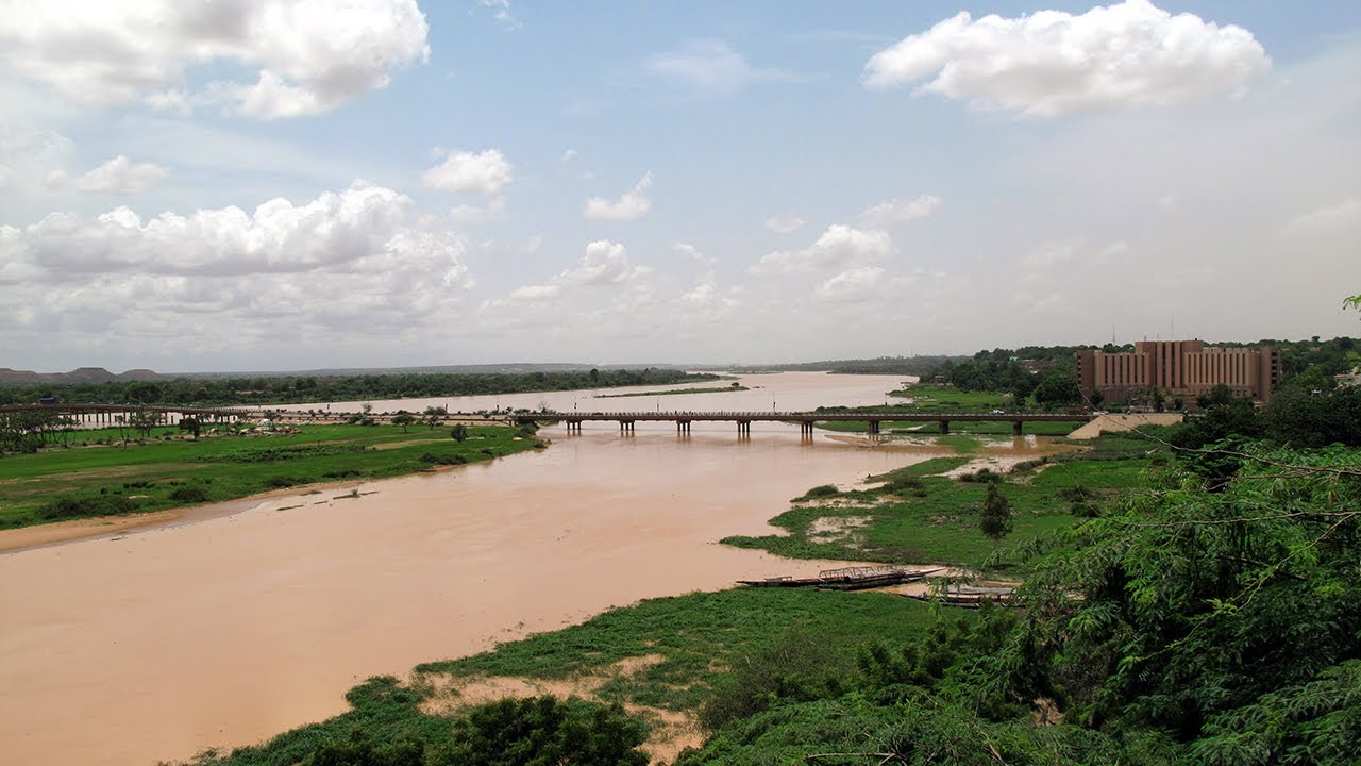 The River Niger is the main drinking and farming water source of the city and the region. This river is under constant degradation due to desertification and anthropogenic activities. Hence, due to bad agrochemical practices, most of the important pesticides and fertilizer used in the river valley return rapidly in the river water. Moreover, the city waste water coming from residential, services and industries sources are poured directly in the river without any treatment.

Therefore, the increasing pollution of the River Niger banks will cause a great sanitation problem. The situation is worsen by eutrophication resulted from an important aquatic plants (water hyacinth) proliferation, recurrent floods, important growth of the city and the lack of appropriate sanitation infrastructures and policy. Thus, under the ongoing climate change context, the silting of the river and the increasing pollution of its water coupled to the city population explosion will rise serious drinking water access problem in the coming years. The city is facing a new kind of problem caused by early drying up of the water due to disturbance of low water and flood cycle of the river, resulting from the climate change.

The analysis of Niamey pluviohydrologiques data for the period 1950-2013 shows an upward trend in rainfall and flows that began since the 1990s. The consequence is an increase in very flash floods in Niamey region causing catastrophic flooding in the plains alluvial. The risk of flooding is exacerbated by man and his adverse actions and often uncontrolled action on the natural environment.

For Water supply, the traditional residential areas, densely populated, are supplied mainly from the fountains while residential areas are connected to the water supply network. The River Niger neighboring traditional populations take directly their water from the river. The reduction of the water supply system limits the extension of the city because most of the time water is requested before roads and electricity. The sanitation situation is the most catastrophic in the region. The solid waste collection system mostly does not exist and waste water drainage system is also inadequate, mainly limited to the city center, it is often poorly maintained, resulting in recurrent inefficiency. Poor drainage is the cause of the proliferation of mosquitoes in the city and corollary endemic malaria epidemic. Elsewhere, wastewater is a major concern in the city where the use of traditional latrines covers 68% of the population and open defecation (of 23%). Presently, the ideal, but unrealistic solution proposed in sanitation technical services is widespread septic tanks or sealed to curb pollution of the region groundwater which is highly important in Niamey. Therefore, the sustainable development of the city, must necessarily be accompanied by the extension of appropriate primary water and sanitation supplies.

The overall annual energy consumption of Niger is around 1.2 million tone oil equivalent (TOE) for an estimated population of 17,830,000 inhabitants in 2013. The energy balance is dominated by an overwhelming use of biomass (91%), followed by oil products (7%) and electricity (2%). In terms of energy consumption, the residential sector (95.1%) exceeds far all the productive sectors (4.9%): Transportation (4.13%), industries (0.75%) and agriculture (0.02%). Like other Niger cities, the energy challenge is the most important one facing by the capital Niamey. The energy sources used in Niamey are dominated by woodfuel and charcoal (biomass), mineral coal, petroleum, gas and very slightly photovoltaic panels during the last five years. The city wood-fuel need is very important; it is estimated at 0.66 kg/person (243,600 t in 2015). The important usage of woodfuel and charcoal in the country has caused great environmental problems (farming soils poverty, lost of biodiversity and increasing desertification). Without any appropriate and efficient energy strategy the situation will be aggravated in the coming years and will weaken the sustainable development efforts of the city authorities. Therefore, it urges to improve energy efficiency, energy supply options and infrastructures. The availability of cost-effective energy in the Niamey five districts during all the year will create the condition of a better life for the population. On the other hand, the development of environmental friendly energy sources (solar energy) will be also a good alternative to tackle the desertification problem in the region and the country.

Niamey populations are also facing challenges on food availability, storage and quality. The most used crops are millet, rice, beans, maize which are produced in the region or brought from neighboring countries and Asia. During the year, according to the season, the prices change drastically. The great challenge is on fruits, vegetables and other farming products like onions. They are not available on the market during all the seasons and are very expensive during penury period. This situation is aggravated by the climate change conditions. Therefore, there is a need of special strategies in order to allow the availability of essential products in quantity and quality during all the seasons with more accessible infrastructures for the very large poor households.

Niamey region is mainly an agricultural area. One assist also to an uncontrolled expansion of the city. The farming lands in the region are considerably reduced and the limited farming soils under intensive cultivation are becoming more and more poor, resulting in a drastic decrease of crops yields. For example, over 12% fallen were observed over the period of 1995-1999 compared to the period of 1955-1959. Consequently, food insecurity is one of the fundamentals of the economy in the region. The temporary or lasting migration to Niamey are the main survival tactic responses and / or adaptation strategies made by the rural people in overcoming the problems resulting from this situation

Agriculture is the main activity of the majority of the population in the region of Niamey. However, the climatic degradation, the population dynamics and the strong pressure on land resources in addition to the intense land speculation make large farming families to lose their land capital. Land pressure is such that the surrounding districts of Niamey have subdivided their fields for fear that no one monopolizes Niamey. This means that the land in capital Niamey is squandered in favor of residential use developments with the creation of landless and with no other job prospect opportunities.